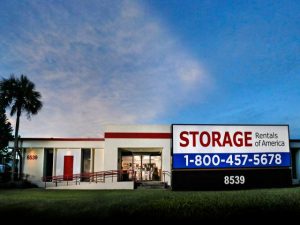 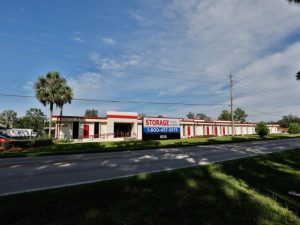 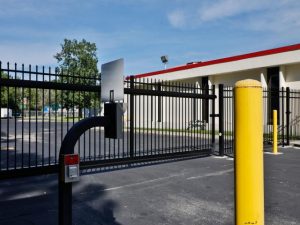 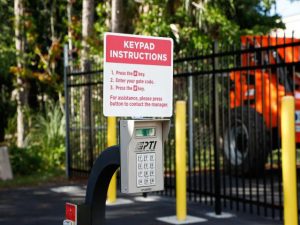 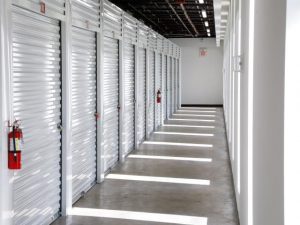 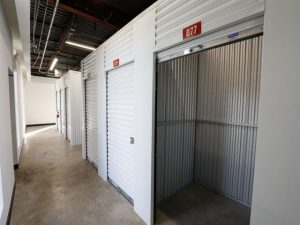 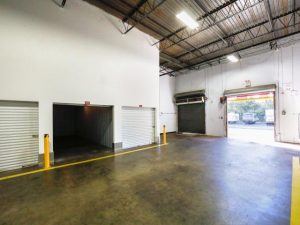 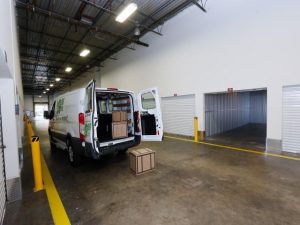 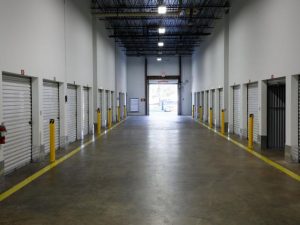 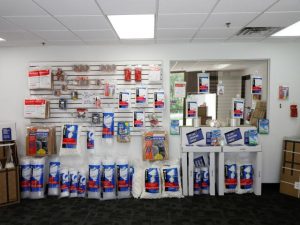 Our Jacksonville storage facility is located right off I-95, making us a convenient storage destination for customers looking to free up space in their home or business. We have some of the best prices around Jacksonville. Online only discounts and month to month prices are available so you get the most storage space for your money.

Our storage facility also sells boxes, locks, and tape making us your one stop shop for all thing’s storage and packing. We want to be your storage solution! Stop on by and experience the Storage Rentals of America difference.

You can purchase a brand new lock at any of our storage facilities. No one else will have a key except you so you can have peace of mind that your storage unit is secure. We also have other moving and packing supplies available for purchase as well.

Do your Storage Facility Have Handcarts or Dollies that I Can Use?

What is the Difference Between Climate Controlled Units and Drive Up Storage Unit?

Why Would I Need Self-Storage in Jacksonville, FL?

There are a variety of reasons why you might need self-storage in Jacksonville, FL.

What are the Benefits of Climate-Controlled Storage Units?

Moving and storage go hand in hand. Whether you’re traveling across town or across the country, moving is an exciting and fresh start. While Storage Rentals of America is here to help you with all your storage needs, we also want to help you get familiar with the area. That’s why we put together this resource guide for Jacksonville.

What You Should Know About Jacksonville, FL

What to do in Jacksonville, FL

The culture and history in Jacksonville are so rich, you won’t want to leave the city on your vacation! The Jacksonville Veterans Memorial Arena hosts numerous types of national caliber events. Many sporting events are held in the Gator Bowl, including the famous annual clash between the Florida Gators and Georgia Bulldogs college football teams. The Jacksonville Kingfish Tournament is held annually for fishermen of all skill levels. Theater shows in Jacksonville are plentiful with Theatre Jacksonville and the Alhambra Dinner Theatre as two examples. The city itself has a long history of serving as a prime filming location for many movies since the 1920s. Literature is also important, and many works were written in or inspired by Jacksonville throughout American history. Several literary works in particular were turnkey in African American history, including Uncle Tom’s Cabin, Palmetto Leaves and Lift Ev’ry Voice and Sing, also known as the “Negro National Anthem.” There are also a plethora of museums, art galleries, and other entertainment venues throughout the city.

Jacksonville is known as “America’s Logistics Center” and boasts a strong economy with diverse industries. Its economic growth rivals big cities such as San Diego, CA, New York City, and Houston, TX. At its core, Jacksonville is a deep water port town. Its economic history began with the dairy industry and several family farms. As transportation centers matured, auto imports, financial institutions, biomedical, information services, insurance, manufacturing, and consumer goods eventually dominated Jacksonville. Today, many corporations are headquartered in Jacksonville, including four Fortune 500 companies. One of the largest naval bases in the United States is also in Jacksonville, and the military is the city’s largest employer by the numbers. Statistics show that tourism could also become a sizable opportunity in the future. Steady distribution of business is the key to Jacksonville’s success. This well-balanced economy has become an attractive opportunity for new working residents desiring to move here.

True to the city’s strong diversity, there are several great neighborhoods in Jacksonville that suit a wide variety of ages and backgrounds. Here is a sampling of them:

Newcomers to Jacksonville can rest assured that its schools are some of the best in the nation. Jacksonville’s public school system is managed by Duval County Public Schools, who regulates 172 schools in the city. 62 of them are dedicated ‘magnet schools’ with specialized curriculum geared for specific career paths. Jacksonville’s high schools regularly appear in the nation’s “top ten” school rating articles. Three of them, for example, appeared in Newsweek’s top school listings at #3, #7, and #8 in 2010. Several private schooling options are also available, including Arlington Country Day School, Trinity Christian Academy, and several Catholic schools.

Secondary schooling is also abundant in Jacksonville, and many students in and out of state flock there as a destination. The University of North Florida, St. Johns River State College, The University of Florida, and Florida State College are notable public institutions, while Jacksonville University and Edward Waters College are well respected private options. Even then there are more choices! Schools focusing on more specialized concentrations have campuses in Jacksonville such as Florida Coastal School of Law and The Mayo Clinic College of Medicine and Science. As one can clearly see, there is plenty of information to sift through when it comes to quality post-secondary education in Jacksonville. Student prospects are encouraged to take their time weighing their options to select the type of education that will fit best for them.

Because Jacksonville is so large, several different electric and water companies manage the area. New residents can contact the City of Jacksonville and the JAX Chamber for more information and guidance regarding utilities, starting a business, moving resources, and more.

As a whole, the housing market in Jacksonville is very competitive and ranges in prices from affordable to upscale. Single family homes, apartments, and condos are most common, although estates and gated communities are also present. Check out Jacksonville’s local real estate guides for current information.

Ready to join the 892,000 as a Jacksonville resident! There’s no time like the present! With excellent weather, economic development, schools, culture and more, it’s no wonder this special city is number one for so many people.