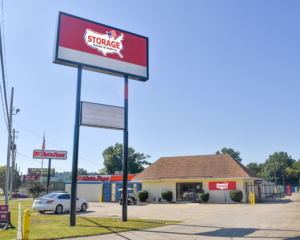 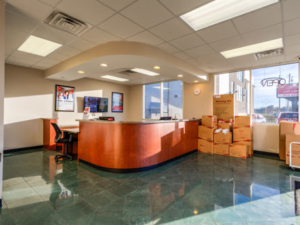 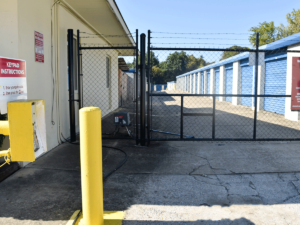 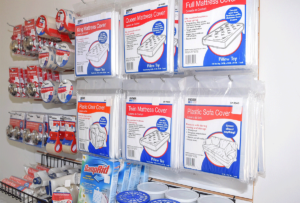 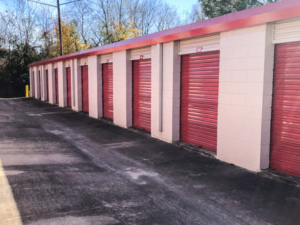 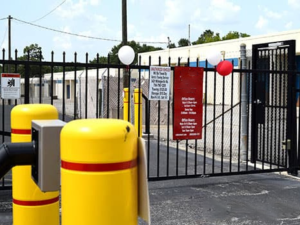 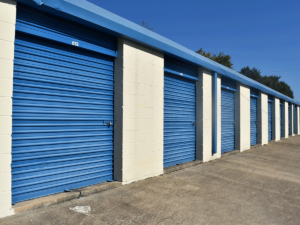 Storage Rentals of America is easily accessible off of US-280 near Fort Benning Road, making us a convenient location for the fine men and women serving at Fort Benning and those around Columbus. Part of the armed forces? We also offer a military discount. Let us help take the guesswork out selecting the right size storage unit. Just give us a call! We are available 7 days a week by phone. No matter what you want to store, we can walk you through the rental process and help you select the right sized storage unit for your belongings. We have plenty of self storage options, from mini storage units that are 5×5 to larger 10×30 storage units. We even have outdoor parking spaces available so you can free up your garage or driveway.Our helpful customer service team can even move you in over the phone for an easy contactless move-in process.

Planning to move soon? Our storage facility also sells packing and moving supplies such as boxes, packing tape, locks, mattress covers, and more. Making us your one stop shop for all things storage and packing. Stop by and experience the Storage Rentals of America difference!

Why Would I Need Self-Storage in Columbus, GA?

There are a variety of reasons why you might need self-storage in Columbus, GA.

How Do I Prepare My Vehicle for Storage in Columbus?

Do I Need to Call Ahead to Tour Your Columbus Storage Units?

Rent your storage unit as long as you like. We offer month to month leases to the make the rental process as easy as possible.

Columbus city is the third-largest city in the State of Georgia with an estimated population over 190,000. Located on the west central border of Georgia, 53 neighborhoods make up one of the state’s largest population of young and single residents. A large portion of these residents are under the age of 30 and have earned an undergraduate and a graduate degree in professional occupations.

Columbus consists of four geographical areas with a distinct personality and lifestyle. Downtown district/Midtown is the city’s central business district, home to historic districts, residential and commercial development, and churches. North Columbus is a diverse suburb of neighborhoods and subdivisions with amenities matched to family lifestyles. South Columbus/Southwest has a military influence with historical museums, local culture, restaurants, and coffee shops. East Columbus is a residential and estate neighborhood within close proximity to downtown.

What to do in Columbus

Home to historical parks, museums, sports arenas, and theater, the community is vibrant and active. Visitors and residents can enjoy walks and breathtaking views from the air, land and shorelines of Columbus. Enjoy walking along the Chattahoochee River or take a water tour. Feeling more adventurous? Whitewater rafting or kayaking is available.

Take in a play at some of the areas performing arts centers. Bradley Theater is a performance theater that Paramount Pictures opened in mid-1940. Looking for something more modern? The RiverCenter, Performing Arts offers a 2,000-seat theater for local events and nationally recognized performances. Springer Opera House is a historic live performance theater located downtown. It was declared the State Theater of Georgia by United States President Jimmy Carter in 1971 and legislature made it permanent in 1992.

As of July 2018, Bureau of Labor reported population percentage employment statistics by industry in Columbus, GA. Fort Benning is a U.S. Army base located near Columbus, Georgia, so it’s no surprise that the armed forces play a role in the area’s employment. Careers in the U.S Army range from executive, management, office administration, and support to technical and computer positions. Majority of the area’s workers are in a trade, work for a utility company or in the healthcare industry.

Residential living styles in Columbus consists of single-family homes and apartment complexes/high-rise apartments designed with three, four, five, or more bedrooms. Many of these neighborhood homes were built between 1940 and 1969 with new construction between 1970 and 1999 adding more homes. Today, more than 50 percent of the properties are owner-occupied, with slightly over 45 percent as rental units.

In the last five years, the communities listed experienced the highest income growth, contributing to the community’s real estate demand for properties and prompting an increase in median prices.

Columbus schools fall under the Muscogee County School District, consisting of 35 elementary, 12 middle and 9 high schools. Over 2,000 teachers educate more than 30,000 students throughout the school year. Student to teacher ratio is 15:1.

Less than 15 miles from downtown Columbus, students will find a choice of two and four-year schools. Some of these colleges include Strayer University-Columbus, Columbus State University, and Miller-Motte Technical College-Columbus.

Utilities: New or relocating residents needing to establish local services can visit their website for electricity, gas, and water hookups.

Internet and Cable: More Choices for Cable TV, Satellite TV, and Internet Connections are shown at CableTV. Telephone services can be compared at Wirefly.

Columbus Municipal Government and Parks: Information and listings about the city’s government, services and departments can be found on the city website.

The median list price in Columbus is $109,000, and the median rent for the area is $900. In January 2019 homes sales increased compared to the same time in 2018. In May 2019 inventories of home available for sale decreased by 10 percent. Over the past year, trends have shown a three percent price increase in listings.