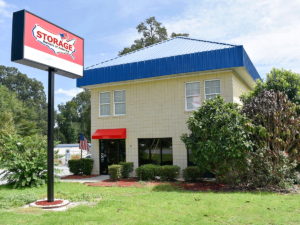 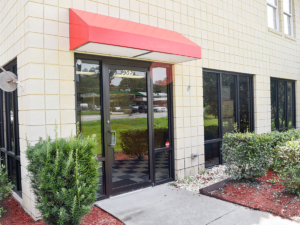 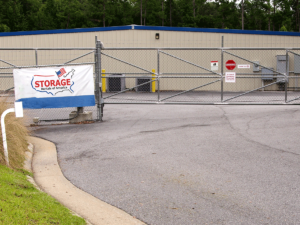 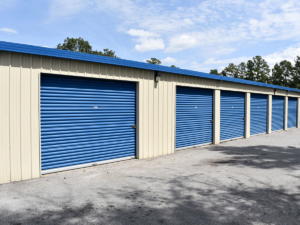 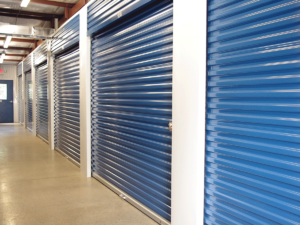 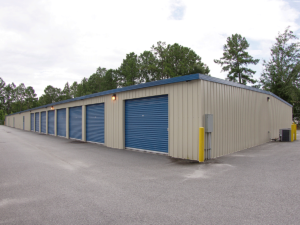 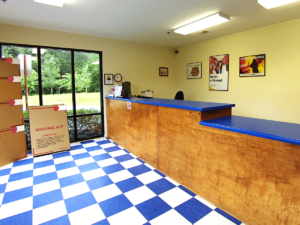 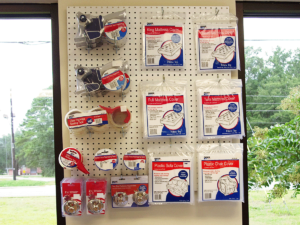 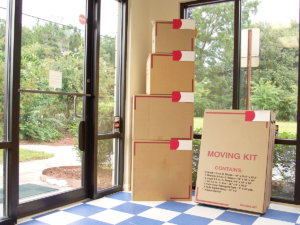 Conveniently located off of US-84 in Hinesville GA, Storage Rentals of America offers easy access and convenient hours. Our knowledgeable customer service team can move you in over the phone or walk you through the different storage sizes, so you’ll have an easy moving and storage experience. We also offer flexible, month to month leases so you can rent as long as you’d like. Our clean storage units are protected by a state-of-the-art gate system, video recording, and brightly lit. You can also purchase moving and packing supplies like boxes, tape, and locks making us your one stop shop for storage and moving. Come see the Storage Rentals of America difference.

Our customer service team can help you find your storage unit no matter your needs. We have plenty of self storage options, from mini storage units that are 5×5 to larger 10×30 storage units.

Why Would I Need Self-Storage in Hinesville, GA?

There are a variety of reasons why you might need self-storage in Hinesville, GA.

While you do not need to call ahead, Our team is eager to help you with any questions you have. We can walk you through the rental process and help you select the right sized storage unit for your needs.

Rent your storage unit as long as you like. We offer month to month leases to the make the rental process as easy as possible.

Hinesville is a city in Liberty County that was founded in 1838. It is about one hour’s drive southwest of Savannah and about one hour inland from the Atlantic coast. The population is about 34,000. The city is set in a rural area with plenty of pine trees in the surrounding forests and lots of wildlife, making it somewhat of a hunter’s paradise. Hinesville is three miles southeast of a large U.S. Army base called Fort Stewart, which is home of the 3rd Infantry Division. Just over 11,000 people are living on the base.

What To Do in Hinesville

Every Thursday in downtown Hinesville, there is a farmers market that offers an abundance of locally-grown produce. Monthly art exhibits are offered at an art gallery sponsored by the Hinesville Area Arts Council. Each year, there are many festivals to enjoy such as the Scarecrow Stroll in the fall, the Small World Festival in springtime, and the Blues, Brews, & BBQ in late summer. There are also frequent events to attend at Bryant Common Park, which has a nice outdoor amphitheater. For those who want to show their grandkids what telephones used to look like, it is fun to take them to the ITPA National Telephone Museum to see their reaction. Another nice museum is the military museum at Fort Stewart.

The homes in Hinesville include southern mansions, historic properties, and more modern styles. Some great neighborhoods include.

Colleges and Universities: Georgia Southern University has a campus in the area. Columbia College is in Ft. Stewart. There are many colleges and universities in Savannah, about one hour’s drive away.

Driver’s License and Vehicle Registration: Go to the nearest office of the Georgia Department of Driver Services to get a driver’s license or ID card and to register a vehicle.

Water, Sewer, and Garbage Pick-Up Services: Provided by the City of Hinesville. To sign up for these services, follow the instructions in the welcome brochure published by the city. Once the new account is established, you can pay the bill online.

Telephone: Compare telephone offers from companies providing services to the area at Wirefly.

Parks & Recreation: The Parks & Grounds Department manages all the facilities that include seven public parks, the community center, and the public swimming pool.

The median home price in Hinesville is $123,200. This is 19% lower than the median home price in other cities n Georgia. Only 44% of the homes are owner-occupied. One reason for this is the high demand for rental homes caused by the military members and their families who prefer to live off the base. Typical military tours are for two to three years, so there is less interest in buying a home than in renting one for those in military service. The median rent is $940. This is only about 5% higher than the rents charged for a home in other parts of Georgia. Even though the demand is strong for rental homes, there are plenty of them available to rent so the rents are not too high.

There is a nice savings on groceries that cost about 5% less than other cities in Georgia and 6% less than the national average. Part of this savings comes from the low-cost farm-fresh produce that is readily available to the residents of Hinesville. Come for the produce and then stay for the delicious barbecue. Families like Hinesville. About half of the households have children who are under 18 years old. Hinesville is big enough to have all the amenities expected by everyone and still small enough to be more like a farming community. Everything needed from a bigger city is available in Savannah, which is only one hour’s drive away.