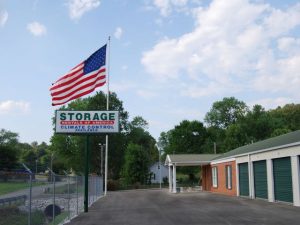 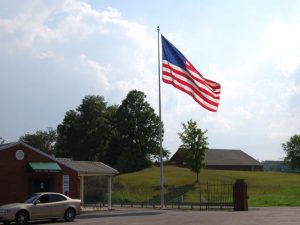 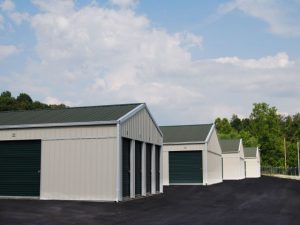 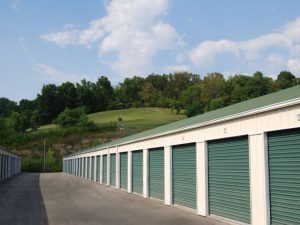 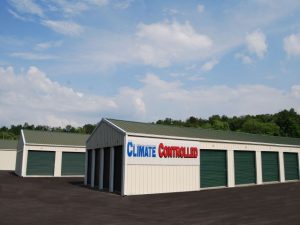 Our facility in Ashland is located on Midland Trail Road, right off the Purple Heart Highway (US Route 60). We’re just south of the Ashland Town Center Mall and the Central Park in Ashland. So whether you’re seeking storage for your home, business, relocation, personal needs, military deployment or college move, our storage experts are available by phone 7 days a week to help with any questions you have.

Getting ready to move? Stop by our office for moving and packing supplies. We sell boxes, packing tape, mattress covers, and more. We want to be your one stop shop for all things storage. Stop by and experience the Storage Rentals of America difference.

Why Would I Need Self-Storage in Ashland, KY?

There are a variety of reasons why you might need self-storage in Ashland, KY.

Moving and storage go hand in hand. Whether you’re traveling across town or across the country, moving is an exciting and fresh start. While Storage Rentals of America is here to help you with all your storage needs, we also want to help you get familiar with the area. That’s why we put together this resource guide for Ashland.

From Appalachian country music to American steel to chemical engineering, Ashland shares a robust heritage for the bluegrass state. From its pioneering days in the late 18th century, Ashland has matured into the fifth largest city in Kentucky. Its important location next to the Ohio River has joined it along with Ironton, Ohio and Huntington, West Virginia to form the Huntington-Ashland metro area. Its population alone has over 21,000 people according to the 2010 U.S. Census.

Ashland Kentucky began its humble beginnings as a frontier settlement in the Appalachians by the Poage family. These farms were renamed “Ashland” after the nearby Lexington estates owned by Henry Clay and quickly grew into an industrial center for several companies. Many of these businesses grew into the national and international markets by the 20th century. Hardworking and proud of its heritage, Ashland continues to serve its residents in the prospering medical industry and provides a strategic port for the Ohio, Pennsylvania, and Great Lakes areas.

What to do in Ashland

The Huntington-Ashland metro area has fostered a wide variety of cultural attractions that include the Poage Landing Days, Winter Wonderland of Lights and the Firkin Fest craft beer festival. The Paramount Arts Center is a historical landmark that continues to be an important cultural center for Ashland’s arts and entertainment. In the summer, the Center provides arts class programs for children and in the winter, it hosts an annual Festival of Trees celebration. A number of notable people are from the Ashland area including National Public Radio journalist Noah Adams and country music artists Billy Ray Cyrus, Tracy Cyrus, Jason Carter, the Judds, Julie Reeves, and Keith Whitley. The nearby Highlands Museum Discovery Center covers a good deal of Eastern Kentucky history that includes its famous heritage for the country music industry.

Ashland boasts a proud industrial heritage with a promising future. Since its founding the city grew from pioneering homesteads to an important economic center for pig iron, coal, and oil production. Its close proximity to the Ohio River also opened up opportunities for glass and plastics manufacturing, chemical engineering, education, and medical industries. The largest employers in the 20th century included ARMCO Steel Company L.P., the C&O Railroad, Allied Chemical and Dye Company, and Ashland Oil and Refining Company. The latter is now known as Ashland Global Specialty Chemicals, Inc. and currently operates in over 100 countries.

The King’s Daughters Medical center is the leading employer for the city today and employs about 4,000 residents in the Ashland metro area. In 2016, U.S. steel production has gradually increased from 78.5 million to 81.6 million metric tons in 2017. Plans for revitalizing the steel and manufacturing industries are underway with new daily job postings at the time of this writing. Median household income averages rest at over $30,000 for individuals and $40,000 for families.

Many good public-school options are available for Ashland KY residents. All of them within the city’s limits are in operation under the Ashland Independent School District. Schools within the Westwood community are under the Fairview Independent School District. The rest of the schools in Ashland’s rural outlying areas are operated by the Boyd County Public Schools system. The two private schools in Ashland are the Holy Family School and Rose Hill Christian School.

Paul G. Blazer High School is reputed for its sports and music programs. Named after the founder of Ashland Inc., the school has achieved a dozen national qualifier championships in football and basketball. Additional accomplishments include 4 state, 42 regional, and 55 district championships in the Tomcats’ basketball boys’ team. The school’s marching band, fondly named “The Pride of Blazer,” is known for excellent performances in AAA competitions by the Kentucky Music Educators Association.

Several secondary schooling options are a stone’s throw away in Ashland. They include Ashland Community and Technical College, Tri-State Barber College, and a Morehead State University satellite campus. More universities are available across the river in Ohio such as Ohio University Southern Campus and Tri State Bible College. All of these options are less than 5 miles away from Ashland city limits.

For current rates and information about electric, water, and other utilities, new residents can access these resources provided by the Ashland Kentucky Alliance, which the Ashland Chamber of Commerce is part of. Resources from the Ashland City website are also available.

Like many cities in Kentucky, Ashland excels at providing a low cost of living for its residents. AreaVibes gave the city a Livibility Award for Top Ten Medium Cities in Kentucky for Cost of Living. Finding homes for sale in the Ashland area is also not much of an issue. Therefore, new residents have the opportunity to place more focus on the quality of what they want over the quantity of homes available.

As a whole, the Ashland metro area is a wise choice for those who wish to settle into the eastern Kentucky area for the long term and is ideal for those seeking career moves in the medical, steel, chemical and manufacturing industries along with retirement. Its proud industrial past coincides with the overall beauty of the Appalachian Mountains and a promising future of America’s manufacturing industry to come.

Wonderful people and service. I feel almost at home when I come in.

by Karen C. on SROA Ashland

by Roger H. on SROA Ashland

by Pam H. on SROA Ashland

by Shawn S. on SROA Ashland