No Office Visit Needed!
When you move into your storage unit online or over the phone. 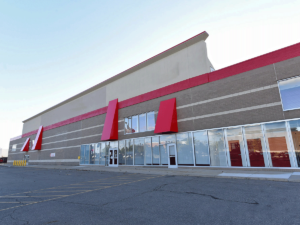 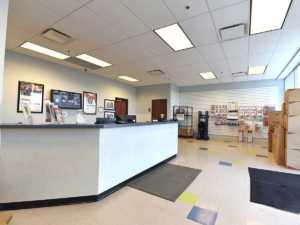 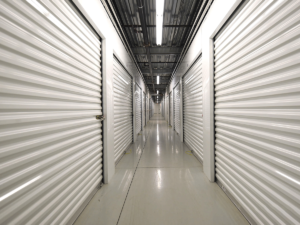 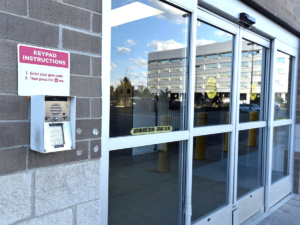 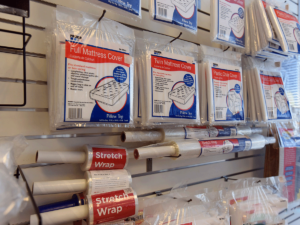 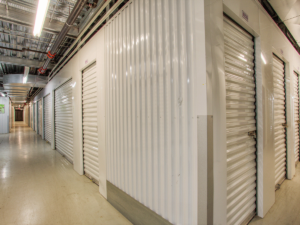 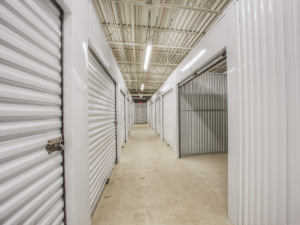 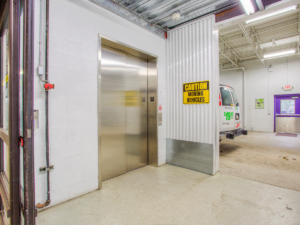 Conveniently located off of Telegraph Road in Southfield, Storage Rentals of America offers easy access and convenient office hours. Not sure what size storage unit you will need? Give us a call. Our customer service team can help you find your storage unit no matter your needs. We have plenty of self storage options, from mini storage units that are 5×5 to larger 20×20 units. So let us walk you through the different storage sizes. We can even move you in over the phone. Our goal is to make sure you have an hassle free storage experience at an affordable price.

In addition, we also offer flexible, month to month leases so you can rent as long as you’d like. Not only that but we offer peace of mind as all of our storage units are protected by a state-of-the-art gate system, video recording, and are brightly lit.

Planning to move soon? You can also purchase moving and packing supplies like boxes, packing paper, tape, locks, and more. We’re your one stop shop for packing supplies and storage. Stop by and experience the Storage Rentals of America difference.

Why Would I Need Self-Storage in Southfield, MI?

There are a variety of reasons why you might need self-storage in Southfield, MI.

While you do not need to call ahead, Our team is eager to help you with any questions you have. We can walk you through the rental process and help you select the right sized storage unit for your needs.

What To Do in Southfield

There are a few special things to see and do in Southfield, which include a visit to the Park West Gallery. This is the biggest private art gallery in the world. Plan to spend up to three hours when visiting the gallery in order to have plenty of relaxed time to enjoy looking at the art.

For those who like gourmet food, the Great Lakes Culinary Center is a nice food/drink venue that can be rented out for special events and weddings. It is not a culinary school but does offer cooking classes as part of its culinary events.

The Southfield Family Sauna & Tub has tubs and saunas that are available for walk-in guests. Reservations are accepted for private tubs and saunas for two people or families with private showers and bathrooms.

The median household income in Southfield is $50,371, which is about 1% lower than in other cities in Michigan and 9% lower than the national average. City-Data reports that manufacturers are the largest employers, providing 23% of the jobs in Southfield. The retail sector is in second place with 11%. Transportation and warehousing jobs are 13% of the available employment. Professional, scientific, and tech jobs are 7%. Hospitality and food service is 6%. Administrative support is 6% of the jobs. Health care and social workers are 5%.

The best occupations are in production (11%), sales (9%), management (9%), office workers (8%), food preparers (6%), architects/engineers (6%), and computer programmers (6%). For those in the television and communications field, Southfield is the broadcast center for the Detroit Metro Area. It has the media broadcast centers for Fox Sports Detroit and for WJBK, WKBD, WMYD, WWJ, and WXYZ.

The best neighborhoods in Southfield with the most luxurious homes are:

Southfield Public Schools operates six public schools. There are four public elementary schools, one middle school, and one high school called Southfield Senior High School for the Arts and Technology. The Birmingham City School District covers some students living in northern Southfield. The Oak Park School District covers some students living in the southeastern corner of Southfield. There are two private schools in Southfield, which are the AGBU Alex and Marie Manoogian School (an Armenian charter school) and the Southfield Christian School.

There are many colleges in Southfield including the Abcott Institute, Lawrence Technological University, Oakland Community College, and the Specs Howard School of Media Arts.

To make moving to the Southfield community easier, here are some useful resources.

Driver’s License and Vehicle Registration: Contact the office of the Secretary of State motor vehicles section for driver’s licenses, state IDs, and registration of vehicles. It is convenient to use the online services if possible. If you must go to an office, then use the online search tool to find one nearby.

Electricity and Natural Gas: Comes from DTE Energy. You can go online to setup a new account.

Internet and Cable: More Choices for Cable TV, Satellite TV, and Internet Connections are shown at CableTV. Telephone services can be compared at Wirefly.

The Southfield City Hall is located at 26000 Evergreen Road in Southfield. The telephone number is 248-796-5000. The City Hall office hours are Monday to Friday from 7:30 a.m. to 4:30 p.m. The city provides an online list of departmental direct phone numbers.

The Parks and Recreation Department manages the public parks, golf courses, and a Wellness & Fitness Center. There are 18 locations for public parks. Special activities are offered for seniors and for teens. The city also has adaptive recreation for disabled persons, such as a wheelchair basketball program