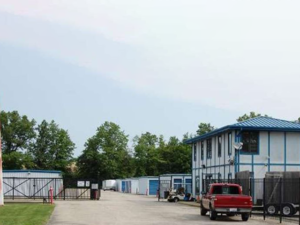 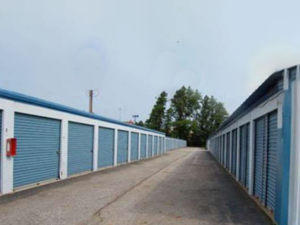 Why Would I Need Self-Storage in Akron, OH?

There are a variety of reasons why you might need self-storage in Akron, OH.

Moving and storage go hand in hand. Whether you’re traveling across town or across the country, moving is an exciting and fresh start. While Storage Rentals of America is here to help you with all your storage needs, we also want to help you get familiar with the area. That’s why we put together this resource guide for Akron.

What You Should Know About Akron, OH

Akron was founded in 1825 by Paul Williams and Simon Perkins. The area we know today as modern Akron was once known as South Akron and North Akron, which merged into one village in 1836. During the industrial revolution, Akron’s population doubled to make it one of the nation’s fastest-growing cities. It was a major player in the rubber and airship manufacturing industries, which were two major drivers of its local economy.

Today, there are still many jobs in manufacturing but the city has also expanded into the fields of healthcare and biomedical research. Residents of Akron enjoy its delightfully urban landscape blended with historic buildings and post-industrial feel. The homes here are also generally affordable, making it a great place to enjoy life.

What to Do in Akron, Ohio

Akron provides an exciting, urban landscape with plenty of amusement to people with diverse interests.

The Akron Art Museum is just one of the many museums in the city. It is located downtown and features 19th-century art as well as short-term national and international exhibitions. Other museums include the Don Drumm Studios & Gallery and the American Marble and Toy Museum, which are sure to delight.

Seiberling Nature Realm satisfies any resident’s need for nature. There are hiking trails, ponds, gardens, and a visitor center. Check its website regularly to see what special events they host throughout the year.

There are many major parks in the area, including Lock 3 Park, which is located in downtown Akron. This place is the center of entertainment for the city and is used as an amphitheater for live music, special events, and festivals. It is also a refreshing green space in the city that provides much-needed natural scenery in the midst of an urban setting.

Akron has a deep history in the rubber industry and tire manufacturing, which gained the city the nickname “Rubber Capital of the World”. While it was once a hub of manufacturing rubber and airships, today Akron’s economy is centered around healthcare, education, and biomedical research along with manufacturing. Top employers include FirstEnergy, Huntington Bank, Gojo Industries, and Charter Spectrum.

Residents take part in different careers and jobs in the area. Healthcare leads the way, making up 17% of local jobs. Manufacturing (14%), retail (13%), accommodation (9.5%), and education (7.5%) follow. Other industries like administration, construction, wholesale, and public service make up the remainder of careers in the city.

Akron officially has 21 neighborhoods within the city. Each of them is different because they emerged during different times in the city’s history. As the area expanded and merged with other districts, housing construction and styles changed, especially during the rubber era. Here are a few samples of Akron’s neighborhoods and their average home prices:

The public schools in Akron are governed by the Akron Public Schools System. There are 21,373 students enrolled in the district’s 46 schools. Surprisingly, even though there are many students, the school system maintains a low student to teacher ratio of 15:1.

The most well-known institution of higher learning in the area is the University of Akron. It is home to the Goodyear Polymer Center and the College of Polymer Science and Polymer Engineering. Other colleges near Akron are Kent State University, Hiram College, Walsh University, and Malone University.

Vehicle Registration and Driver’s License: Residents who need to renew a driver’s license may visit the Ellet License Bureau. If there is a need for a new registration or title transfer, contact the State of Ohio BMV.

Water/Sewer/Trash: If you need to obtain water and trash collection services, individuals should contact Akron Residential. The Utilities Business Office also handles any inquiries and payment collections regarding these services.

Electricity and Gas: Residents have choices between different electric and gas providers, among which FirstEnergy Corp is a popular choice. Dominion East Ohio Gas is one of the natural gas providers in the area.

Phone/Internet/Cable: AT&T, Spectrum, and Windstream are the three most prominent internet providers in the area. They are just a few of the local competitors that people can choose from, many of which offer phone/internet/cable savings bundles.

Local Government: Akron is governed by a Mayor and City Council with the help of different local departments. Every four years, the city elects a new mayor, three councilpersons, and city council wards.

The average home value in Akron, OH is $84,088. This is significantly lower than homes in the rest of the United States. However, it is possible to find higher-end properties in certain neighborhoods with prices that climb into the $300,000s and beyond. The average cost of living in Akron scores a 69.5 on a scale of 0-100, with 100 representing the average cost of living in the United States.