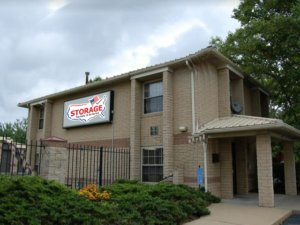 Situated near the neighborhoods of Fairlawn and Wallhaven, our Akron storage facility location offers residents and businesses the best in self storage! Our must-have features include 24-hour video security recording, a fully fenced facility, and a wide range of unit sizes and types, like easy-to-access drive-up units. Our customer service team can help you find storage no matter your needs. All of our storage locations have plenty of storage options, from mini storage units that are 5×5 to larger 10×30 storage units. Come see the Storage Rentals of America difference!

Why Would I Need Self-Storage in Akron, OH?

There are a variety of reasons why you might need self-storage in Akron, OH.

Moving and storage go hand in hand. Whether you’re traveling across town or across the country, moving is an exciting and fresh start. While Storage Rentals of America is here to help you with all your storage needs, we also want to help you get familiar with the area. That’s why we put together this resource guide for Frankfort

What You Should Know About Akron, OH

Akron is currently the fifth-largest city in Ohio and is the center of many industries and unique businesses. Located just 30 miles south of Cleveland, it forms a major metropolitan area for the state. Currently, it has a population of around 198,006 people. The Greater Akron area, though, covers a handful of counties – including Summit – and has a population of over 703,000 people.

Akron’s history is unique and still influences its present. For example, Goodyear Tire is centered in this city, making Akron the “Rubber Capital of the World.” Akron also has a unique influence on educational history, as the passage of the Akron School Law of 1847 created the K-12 school system that is now standard throughout the nation and in many parts of the world.

What to do in Akron, OH

Akron visitors have plenty of fun activity centers to meet their entertainment needs. For example, the San Hywet Hall and Gardens provides a unique landmark and access to many beautiful natural wildernesses. And the Akron Zoo showcases many animals and is continually expanding its boundaries and its offerings to become one of the most respected zoos in the state.

Those who enjoy concerts or theater shows can check out the Akron Civic Theatre. Here, many plays and concerts are held. Museum options include Dr. Bob’s Home, the Akron Art Museum, and the Perkin’s Stone Mansion and John Brown House. These destinations showcase Akron’s unique history and influence on the Civil War and Emancipation.

Though called the “Rubber Capital of the World,” Akron has many other industries for potential residents. Currently, over 400 different companies in the area produce various types of polymers. Polymer Valley, as it is referred, is served by many residents and attracts many new workers. Beyond polymers and rubber, Akron also has a local branch of Lockheed-Martin.

Akron is broken down into many communities, and there is, unfortunately, not enough room to showcase them all here. However, top areas often attract many potential residents and employees. For example, Merriman Valley – Merriman Woods and Merriman Heights – is one of the most prominent neighborhoods in the city and has been home to people such as AA founder Dr. Robert Smith.

And areas such as Fairlawn Heights – filled with beautiful 20th-century architecture, including homes from the Georgian Revival – and Chapel Hill – one of the biggest commercial districts in the city – all serve residents and visitors well. These neighborhoods vary in racial diversity, with Chapel Hill is around 79 percent Caucasian while Highland Square includes a higher concentration of LGBTQ individuals.

Akron is home to a large number of elementary, middle, and high school options. The latter include Akron East, which serves the Brittain Road area, and Akron Ellet, which is off of Woolf Road. The Akron Alternative Academy serves the needs of troubled students or those who don’t feel comfortable at other high schools. And Akron Early College helps to prepare for higher education.

Middle school options include East, Hyre, Innes, Jennings, Miller South School, Buchtel, and more. And the list of elementary school choices is far too large to list here. Like with middle and high schools, primary school options vary depending on your street and region of residence. Those interested in higher education can try out the University of Akron, Herzing University Akron Campus, Brown Mackie College Akron, Kent State University, and much more.

Akron provides many resources for its residents, including electricity, water, heating, garbage, and much more. These services can be set up after a person moves to the area. Some of these options include co-ops that will pay residents money if they have an overage at the end of the year. Talk to officials about this possibility to see if it applies to you and your new home.

New residents can get help from the city’s official website. Here, they can learn more about how to hook up utilities and can pay their bills. Their recreational website includes descriptions of various parks and groups that exist to serve the city’s many residents. Akron’s parks are typically quite clean, near residential areas, and include many play areas for children and guests.

Currently, Akron is one of the least expensive places to live in the Nation. On a scale with a national average of 100, Akron is at 69.5. This cost of living is lower than the Ohio average of 82.6, which makes the city a good place for students or those just starting after college. Currently, the cost of housing is the most significant contributing factor to Ohio’s cost of living.