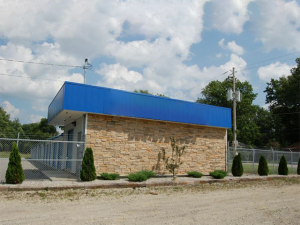 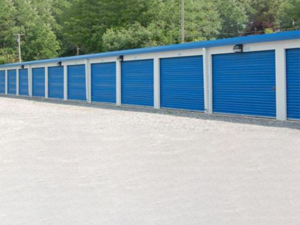 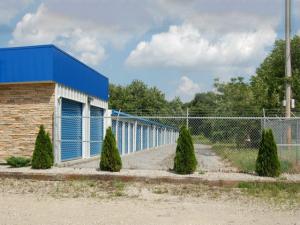 Our Cortland storage facility has all the convenience with none of the high costs. Features like month-to-month leases so you can store only when you need to, or move in over the phone or internet to save you time. Whether you’re seeking storage for your home or business we have the perfect sized storage unit for you! Our customer service team are available by phone 7 days a week to help with any questions you have. We can help you find storage no matter your needs. From mini storage units that are 5×5 to larger 10×30 storage units. All at affordable prices with month to month leases! With Mosquito Creek Lake right up the street, we have a wide range of indoor and outdoor boat storage to offer you. And our late access hours, seven days a week, means you can get in and out when it’s convenient for you. Stop in and come see the Storage Rentals of America difference.

Why Would I Need Self-Storage in Cortland, OH?

There are a variety of reasons why you might need self-storage in Cortland, OH.

Moving and storage go hand in hand. Whether you’re traveling across town or across the country, moving is an exciting and fresh start. While Storage Rentals of America is here to help you with all your storage needs, we also want to help you get familiar with the area. That’s why we put together this resource guide for Cortland.

What You Should Know About Cortland, OH

Cortland, Ohio is a small city in Trumbull County that is located on the eastern side of Mosquito Creek Reservoir. It belongs to the Youngstown-Warren-Boardman Metropolitan Statistical Area. It is a quaint, beautiful place to live with natural sights like Walnut Run Creek that runs through the city.

In 2010, the population was 7,104 but it has decreased by 1.8% to a current population of 6,900. Cortland was formerly called Baconsburg, named after Samuel Bacon, a prominent developer in the early 19th century. In 1874, the area officially became the village of Cortland after a railroad depot was constructed.

Today, it is known for its small-town atmosphere, low cost of living, and convenient location for commuting to larger cities. Because of these qualities, Cortland has won many accolades. It has been called the #1 Place to Retire in Ohio in both 2015 and 2016, the #1 Safest Community in Trumbull County for 2015, one of the Top Ten most charming Villages in Ohio, and one of the Top 50 Safest Cities in Ohio for 2017. People looking for an affordable small city with plenty of potential will find many opportunities in Cortland.

What to Do in Cortland, Ohio

Cortland is a growing community that has plans to move ahead while still retaining the small-town charm that distinguishes it from other places. This small city has a growing retail shopping area with many specialty shops to delight locals and visitors.

Cortland has many recreational areas and parks that are free to the public. The Parks and Recreation department is constantly working on improving these areas. There are currently 5 parks: Pearl Park, Willow Park, Point Park, Rotary Park, and Eastlake MetroPark.

Each has something unique to offer, like tennis courts, sand volleyball, basketball courts, picnic areas, playgrounds, and skateboard parks. There have also been new additions to enrich everyone’s enjoyment of the city such as Pearl Park’s new splash pad or Eastlake MetroPark’s new sled hill.

Individuals who don’t mind a short drive can find Mosquito Lake State Park which is located outside of the city. Visitors can explore acres of protected natural habitat and Mosquito Lake, one of the largest lakes in Ohio. There are also other exciting activities available like archery, boating, disc golf, hunting, camping, and hiking trails. In the winter, the hiking trails convert to ski slopes and areas for snowmobiles, while it’s also possible to go ice skating and ice fishing.

Wagon Trails Animal Park is a family-owned safari animal park that offers a narrated safari truck and a petting zoo. It is a kid-friendly place that hosts over 350 species of animals on its 80 expansive acres. There are opportunities to see beautiful animals like zebras, ostriches, bison, elk, camels, buffalo, kangaroos, antelope, and many other species.

Cortland has an unemployment rate of 6.2%, which is 2.3% higher than the U.S. average of 3.9%. While there has been a 1.1% decrease in local jobs, many residents commute to larger cities nearby to find employment. Currently, Cortland’s location is prime for light industry and the city has plans to expand in this area to create more jobs. The median household income is $50,941 and the average per capita income is $22,972.

The majority of jobs in Cortland are found in manufacturing, which makes up nearly 20% of all jobs in the city. Following this are retail and education, which each make up another 13% of local jobs. Healthcare (11.6%), transportation (8%) and finance (7.4%) follow as the next major sources of employment in the area.

The homes in Cortland, OH are highly affordable, which appeals to young families and retirees. Here are the average prices in neighborhoods around the town.

The public schools in Cortland belong to the Cortland public schools district, which spends $9,662 per student, which is lower than the average school expenditure of $12,383. The student to teacher ratio is 20 per teacher. Local schools in the area are.

Vehicle Registration and Driver’s License: Individuals who need to get a new Ohio driver’s license or take care of other vehicle needs must go through the Bureau of Motor Vehicles. The closest place to register a vehicle and get a license to Cortland is the Deputy Registrar License Agency in Warren, Ohio.

Local Government: Cortland is is governed by a mayor and city council of seven members. All council members serve for a 4- year term. Information about the city government can be found on their website.

Cortland’s cost of living is 18.9% lower than the U.S. average, which makes it an attractive place to live for anyone looking for affordable long-term housing. The median home cost in Cortland is $132,800. The area’s home appreciation rate over the last 10 years has been 7.9%, which is good news for long-term homeowners.