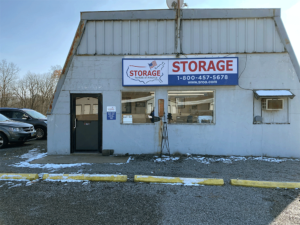 Storage Rentals of America in East Liverpool, OH offers clean, bright and secure storage units. Our courteous and knowledgeable on-site storage managers will help you find an affordable storage unit for your home or business. We offer move-in specials, extended gate hours, and superior customer service. Whether you’re seeking storage for your home, business, relocation, personal needs, military deployment or college move, our storage experts are available by phone 7 days a week to help with any questions you have.

Why Would I Need Self-Storage in East Liverpool, OH?

There are a variety of reasons why you might need self-storage in East Liverpool, OH.

Moving and storage go hand in hand. Whether you’re traveling across town or across the country, moving is an exciting and fresh start. While Storage Rentals of America is here to help you with all your storage needs, we also want to help you get familiar with the area. That’s why we put together this resource guide for East Liverpool.

East Liverpool is a small city of about 12,000 located near the upper reaches of the Ohio River. It is in Columbiana County, Ohio, and the city itself borders on both Pennsylvania and West Virginia. In fact, the eastern border of the town is also the state line between Ohio and Pennsylvania, and the Ohio River that defines the south side of the town also delineates the border between Ohio and West Virginia. East Liverpool has a long and important history, and at one point produced more pottery and earthenware for the nation than any other area. The city has maintained much of its traditional population numbers, but the nearby city of Salem has expanded to modern proportions, and East Liverpool is now considered to be part of the Salem Micropolitan area. The city lies between Pittsburgh and Youngtown, Ohio, and sits about fifteen miles from each. It can be reached by State Highway 30 from the north and the south, and by driving along the Ohio river from either direction.

What to do in East Liverpool

East Liverpool is a residential community with an emphasis on children and family life. As such, there are several attractions aimed at the young, such as local sports teams. There are two excellent city parks and a nine-hole golf course at the East Liverpool Country Club. The Museum of Ceramics and the pottery showrooms of the pottery businesses are popular with visitors, and the historic downtown is known for its aesthetic charms. Hiking and rambling in the nearby woods are popular diversions, and the Ohio River is quite navigable at this point. This makes boating a popular pastime, both for pleasure and for fishing. They say that shore fishing is great for catching catfish. The city is also known for its exceptional accessibility in relation to the surrounding area. One of the primary attractions that East Liverpool has held throughout the centuries is its extreme convenience as a point of transportation. A truly remarkable number of important places lie nearby, and it sits in a very fortuitous location along the Ohio River. East Liverpool is only a short drive from Pittsburgh, so all the attractions of that city are easy to reach. Youngstown, Ohio, is also within casual driving distance.

East Liverpool was once a commercial nexus, but changing trends in transportation and manufacturing have decreased the amount of economic activity in the city. The once-mighty pottery industry has deflated to a small portion of its previous size, but three large-scale pottery companies still operate in the area: the Homer Laughlin China Company, the Hall China Company, and American Mug & Stein Company. The City Hospital, government, and school system also employ a lot of other people. However, the vast majority of East Liverpool residents commute to work outside of the city. The lack of public transportation services means that driving and carpooling are the order of the day for the vast majority of citizens.

Most of what people think of as East Liverpool is the downtown region, the area by the river from US 30 to College Street. This is where the city center lies, including the hospital, the Kent State satellite campus, and the docks. Very few people still live in the city center. The West End sits beyond the US 30 freeway, and the road forms a natural boundary that isolates the two neighborhoods somewhat. The East End sits on the other side of downtown, but the local terrain feature of an enormous cliff that runs all the way to the river tend to isolate this neighborhood from downtown even more. This puts East Liverpool in the interesting position of having three completely distinct neighborhoods at the city core. Pleasant Heights, Fisher Park, Beechwood and Thompson are the other major neighborhoods, all of them taking advantage of local terrain features to build small residential areas that radiate out from the city core.

The East Liverpool school district comprises two elementary schools, a middle school, and a combined junior and high school. East Liverpool Christian School and Buckeye Online School for Success also operate in the town. For college and returning students, there is a satellite campus of Kent State in the middle of downtown. The Ohio Valley College of Technology sits uphill in Calcutta, within walking distance. Beyond that lies the full spectrum of the Ohio university system and other schools of the Ohio River Valley.

East Liverpool is extremely inexpensive by most American metrics. Its position at the intersection of three states and a major river means that it is, and always has been, extremely well served by surrounding commerce. Housing is incredibly cheap by national and area standards. Ohio housing costs are well below the American average, and East Liverpool’s are below that. The median home goes for about $58,000 in this city. Houses both old and new are available, and empty lots can be purchased both in the city and in the nearby woods. Grocery, utility, and medical costs are also below national averages, making the cost of living quite affordable.