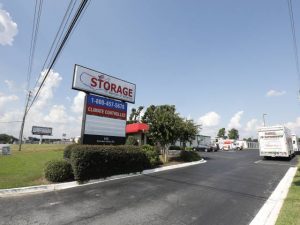 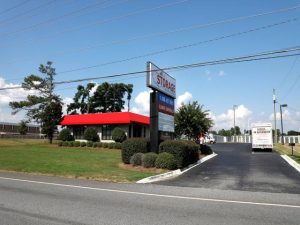 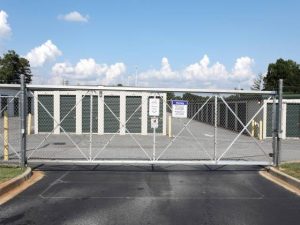 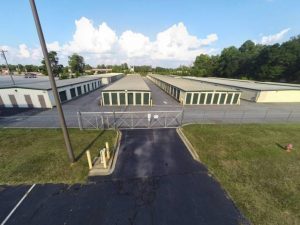 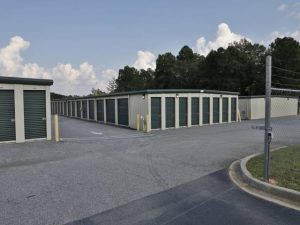 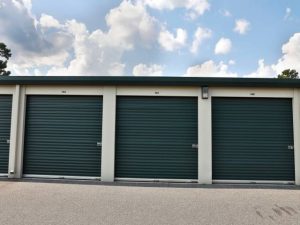 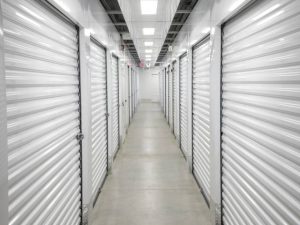 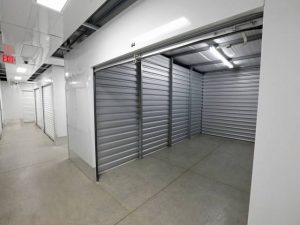 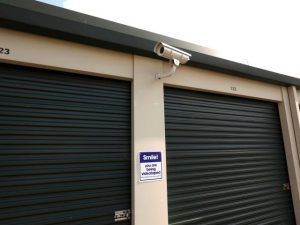 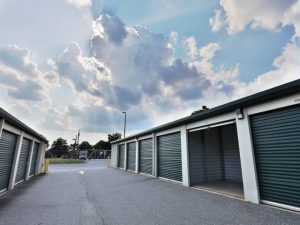 Our storage facility is located on Pearman Dairy Road, next to the Westside High School. We offer easy access from US Route 29 and Interstate 85, providing a highly convenient storage solution for your home or office. With month-to-month leases and online only discounts you’ll find that we have some of the best prices in town! We even have climate controlled storage units to protect any of your sensitive belongings.

Our customer service team can help you find a storage unit to fit your needs. Just give us a call! We are available by phone 7 days a week. Our helpful customer service team will walk you through the rental process and answer any questions you have. All of our storage facilities have plenty of storage options, from mini storage units that are 5×5 to larger 10×30 storage units. We also have outdoor parking spaces for your boat, car, or RV so you can free up your driveway.

Can’t find a storage unit at this Anderson location? We also have a storage facility at 1625 North Main St, Anderson, SC. 29621

While we recommend that you check your manufacturer’s instructions we put together some quick vehicle preparation guides. We want to make sure your vehicle runs as smooth as it did when you first put it into storage. That’s why we put together these handy vehicle storage guides.

Do I Need to Call Ahead to Tour the Facility?

While you do not need to call ahead, we recommend calling so we can better assist your unique storage situation when you arrive. Our team is eager to answer any questions you have!

What is the Difference Between Climate Controlled Storage Units and Drive Up?

Why Would I Need Self-Storage in Anderson, SC?

There are a variety of reasons why you might need self-storage in Anderson, SC.

Moving and storage go hand in hand. Whether you’re traveling across town or across the country, moving is an exciting and fresh start. While Storage Rentals of America is here to help you with all your storage needs, we also want to help you get familiar with the area. That’s why we put together this resource guide for Anderson. So pack up your car, truck, or RV and check out this great South Caorlina city!

As the seat of Anderson County with a population of over 26,000 in 2010, Anderson is a prosperous city that is part of the Greenville-Anderson-Mauldin metropolitan statistical area in South Carolina. The area had a combined population of over 824,000 in the U.S. 2010 census. The smallest of the three cities, Anderson is best known as “The Electric City” and “The Friendliest City in South Carolina.”

Anderson became one of the first cities in the Southeastern United States to receive electricity. A hydroelectric plant was established on the Rocky River in 1895, and Anderson was the first city in the world with a cotton gin operated by electricity. While the Portman Dam was swept away in 1901 and left the town in darkness, Anderson persevered and a new one was rebuilt by the next year. In 1911, the Anderson Chamber of Commerce established Anderson College. It became Anderson University in 2006 and continues to this day.

What to do in Anderson

Downtown Anderson presents a thriving scene of coffee shops, cafes, and plenty of things to do. Its large civic center has more than 37,000 square feet and always has something going on, from rodeos and festivals to concerts and trade shows. Art galleries abound in Anderson both in and outside the city limits. There are even “Fish Out of Water” bass sculptures throughout the city to promote the arts! Theater, too, is enjoyed by many in the Electric City many times of the year.

If shopping is your thing, you’ll love Anderson. The town happens to be a major stopping point for shopping in the Upstate region. Locally owned merchants and big box chains are all found here. Many recognizable brands can be found along Clemson Boulevard. The Jockey Lot is Anderson’s signature shopping event with 65 acres of land. Over 1,500 vendors sell their wares here each weekend from Friday to Sunday. And, of course, there are the shopping centers Midtown Park and Anderson Mall. The latter is Anderson’s largest mall with more than 76 specialty stores since it opened in 1972.

Anderson continues to cultivate a thriving economy in manufacturing industrial machinery, metal products, textiles, and especially automotive parts and plastics. Over 27 BMW suppliers are headquartered in the Upstate region of South Carolina, and Anderson County alone is home to 11 automotive suppliers. 27 plastic manufacturers reside in the town of Anderson, and there are 244 plastic companies total in the Upstate. Greenville, a major tech industry economic center for South Carolina, is part of Anderson’s metro area and a close commuting distance.

Other influences in Anderson’s economy include the traditional publishing and medical industries. AnMed Health is the primary healthcare network for Anderson County and one of its top employers. The hospital system has also won the American College of Cardiology Foundation’s 2012 NCDR ACTION Registry–GWTG Platinum Performance Achievement Award. and the National Presidents’ Circle Award.

Thanks to Anderson’s longstanding prosperous track record, there are many great neighborhoods to choose from. Here’s a sampling of them to get started:

The school district serving the City of Anderson is Anderson School District Five. Plenty of schooling options reside within Anderson County, including 11 public elementary schools, four middle schools, and three high schools, one of which is designed to prepare high school students for career launch. Some of these primary schools help prepare students at young ages for educational majors, such as engineering, communication, and the arts. There are even more educational options open when private schools are added to the mix. There are 11 private schools in Anderson alone, including a Montessori School.

Not surprising, there are a number of quality secondary educational options in the Anderson metro area. Anderson University, Forrest Junior College, and Tri-County Technical College are the closest in distance and great affordable options. Nationally acclaimed Clemson University is also not far from Anderson. South Wesleyan University, Erksine College and Seminary, and the Virginia College in Greenville, SC are other colleges less than 30 miles away from Anderson.

For complete information about current utility rates for electricity, water, and more, residents can visit the Anderson Chamber Website and City of Anderson website.

The current median household income for residents in Anderson is over $31,000, and the median value to buy a home is about $123,000. Anderson enjoys an especially good cost of living ratio even when compared to other areas in South Carolina. In fact, Anderson was awarded one of the Top 10 Medium Cities in South Carolina by AreaVibes for its cost of living. This makes buying and renting in higher quality places more affordable than in other areas.

With Southern charm and hardworking ethic, Anderson is the Upstate South Carolina town you don’t want to miss. A great city for all walks of life, it contains the right balance of culture, amenities, education, and more with a great cost of living and high quality lifestyle.