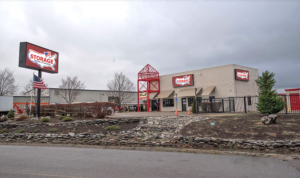 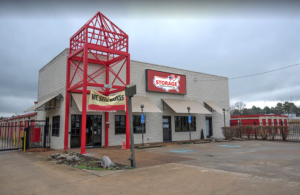 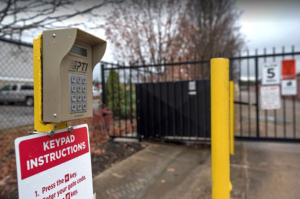 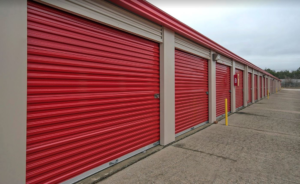 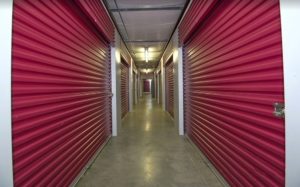 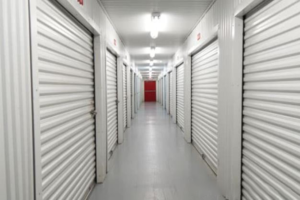 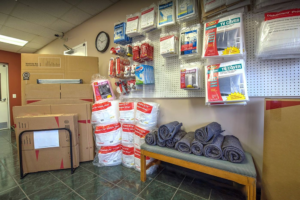 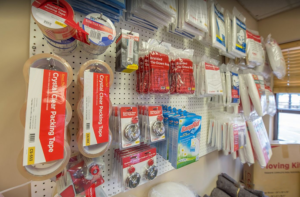 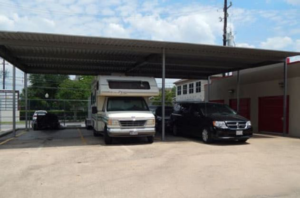 Get the most out of your storage unit when you store with Storage Rentals of America. At our Murfreesboro storage facility, we offer easy access and convenient hours. Conveniently located off of Handley Street near South Church Street and I-24. Rent a stoarge unit with peace of mind as our affordable storage facility has secure gate access, brightly lit, and video recording.

Planning to move to a new home soon? Stop by our office and purchase moving and packing supplies. We sell boxes, packing tape, locks, mattress covers, and more making us your destination for your storage and packing needs. Come on by and experience the Storage Rentals of America difference!

Why Would I Need Self-Storage in Murfreesboro, TN?

There are a variety of reasons why you might need self-storage in Murfreesboro, TN.

Brand new locks are available to purchase at any of our locations. No one else will have a key except you so you can have peace of mind that your storage unit is secure.

Moving and storage go hand in hand. Whether you’re traveling across town or across the country, moving is an exciting and fresh start. While Storage Rentals of America is here to help you with all your storage needs, we also want to help you get familiar with the area. That’s why we put together this resource guide for Murfreesboro.

What You Should Know About Murfreesboro

Murfreesboro is the county seat of Rutherford County, Tennessee and has a population of 136,372. It is a steadily growing area that is proud to be the state’s geographic center and 6th largest community. The city’s motto is “Heart of Tennessee” and it has been ranked among the top 20 in the best places to live by Money magazine in 2018. This bustling area is also just a short drive from Nashville and is one of the fastest-growing major cities in the nation.

What to do in Murfreesboro

Murfreesboro has plenty of diversions that appeal to different types of people. Here is a sample of events and locations that residents enjoy throughout the year.

Music: The city has no lack of musical events to keep residents entertained. The Main Street Jazzfest occurs each May. The Murfreesboro’s International FolkFest has been going on annually for over 30 years and happens every second week in June. Also, Uncle Dave Macon Days happens every July and features competitions in dancing and old-time music.

Museums: The city has many historical points of interest, which include Cannonsburgh Village, a replica of a typical 1800s working pioneer village. The Oaklands Historic House Museum was originally a Civil War-Era mansion that was converted into a museum in modern times. The Murfreesboro Center for the Arts offers exhibits related to dance, theater, and entertainment. The Discovery Center at Murfree Spring is an interactive nature-themed museum that is family-friendly.

In the 1800s, Murfreesboro was predominantly an agrarian community. It also was a college town early on, which merited it the nickname “Athens of Tennessee”. The second world war prompted the city to transition into a manufacturing, industrial, and educational economy.

Currently, the city has a strong unemployment rate of 2.8%, which is 1.1% less than the national average. The job market has grown by 2.3% in the last year and has a whopping 56.6% predicted job growth rate, which is over 20% higher than the national average of 33.5%. The median income per person in Murfreesboro is $25,789 a year while the median household income is $50,337 a year.

Murfreesboro residents who want to take over utility bills and switch services for vital amenities should contact these entities:

Water/Sewer: Residents seeking to take over or activate water and sewer utilities can contact the Murfreesboro Water Resources Department or Consolidated Utility District.

Electricity: People in Murfreesboro can get electric utilities from Murfreesboro Electric Department or the Middle Tennessee Electric Membership Corporation.

Natural Gas: Residents who have homes that use natural gas can contact Atmos Energy.

Cable/Internet/Phone: Many services offer bundles of these services for convenient lower rates. Comcast and AT&T serve the Murfreesboro area and offer competitive service packages that include phone, internet, and cable TV.

Murfreesboro Local Government and Parks Department: Murfreesboro is governed by a local city council of six members and a mayor that is elected every four years. Residents are encouraged to stay informed and to get involved in issues that are important to them. A convenient way to stay in the loop is to consult the official website for City Council Meeting Minutes. Murfreesboro has many gorgeous public parks, among them is Old Fort Park which has baseball fields, tennis courts, a playground, a golf course, picnic areas, and a bike trail. The Stones River National Battlefield is a memorial to the Battle of Stones River and is an important part of American history. This park has a museum, national cemetery, and the remains of Fortress Rosecrans.

The cost of living in Murfreesboro is 10% higher than the national average. The biggest factor behind this higher cost is the average price of single-family homes, which is $246,900. Housing costs 24% higher here than the rest of the nation. However, food costs 10% less and healthcare is nearly on par with the national average expenditures. People who wish to move to Murfreesboro should be prepared for these higher costs.